At the entrance of the headquarters of the United Nations.
Quoted in: The order of Time by Carlo Rovelli

Stay for another minute and marvel on the fact that more than 720 years after Saadi’s death, over a million people from around the world are reading this quote every year.

Abū-Muhammad Muslih al-Dīn bin Abdallāh Shīrāzī better known by his pen name Saadi , also known as Saadi of Shiraz ( born 1210; died 1291 or 1292), was a major Persian poet and prose writer of the medieval period. He is recognized for the quality of his writings and for the depth of his social and moral thoughts.

Saadi is widely recognized as one of the greatest poets of the classical literary tradition, earning him the nickname “Master of Speech” or simply “Master” among Persian scholars. He has been quoted in the Western traditions as well. Bustan is considered one of the 100 greatest books of all time according to The Guardian. 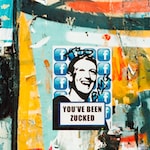 Doesn’t want anyone to catch anything

Mounting Documentation of Systemic Racial Bias of US Judicial System